FREE for students enrolled in the Summer Camp Full Day or Summer Camp Half Day Afternoon on those dates.

In Variety Theater we'll play improv games to free up the actors' instrument, and work on skits, sometimes based on kids' favorite jokes.
In Circus Skills we'll learn several types of circus juggling skills, some basic partner acrobatics, and maybe a dash of clowning! 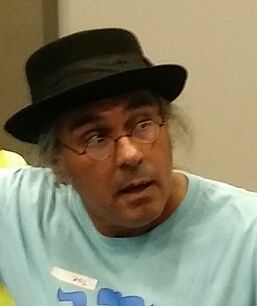 ​JOE REICHLIN​
Joe Reichlin studied theater and dance at the University of Kansas, before leaving school to tour throughout the US with the Royal Lichtenstein Circus. He has also studied physical theater and clowning at the Dell'Arte School of Physical Theater, studied dance trapeze and aerial silks and taught creative movement at Canopy Aerial Dance Studio, and studied middle school education at the University of Georgia. Locally, he has taught circus, puppetry, and variety theater camps and classes for young people at the Community Center for the Arts, at Class Act, and at the Urbana Fine Arts Center.  He currently performs as the roving troubadour of the Fairy Tale Ball at the Urbana Free Library, and recently directed a multi-aged cast in The Little Princess at the Homer Opera House. Most recently he performed in Borderline, a new play staged at the Station Theater.​